This new section will be between Laguna Village and Dominion Beach and will allow you to walk along the promenade from the city centre to the Guadalmansa River. The works will include the construction of two wooden bridges with a budget of one million euros. The construction work is scheduled compleated at the end of 2019. 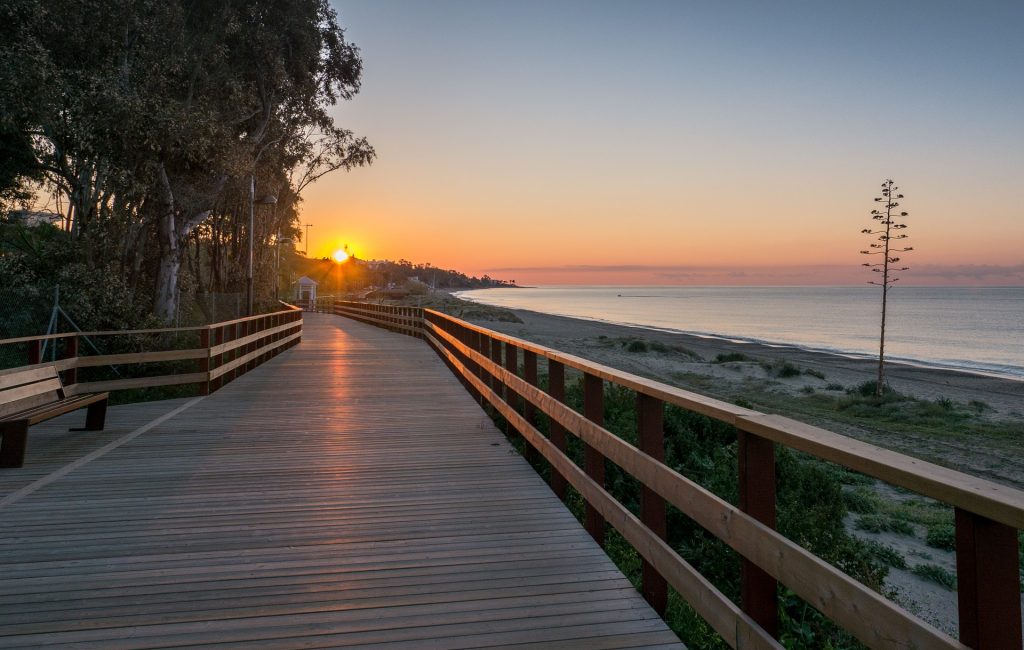 The City Council of Estepona has obtained the authorization of the Junta de Andalucía for the execution of a new stretch of coastline between the Laguna Village shopping complex and the Dominion Beach urbanization, uninterruptedly uniting 10 kilometres of paths by the sea.

The deputy mayor of the Development, Infrastructure and Tourism (FIT) area, Ana Velasco, explained that the project includes the construction of the longest stretch of coastline that has been done so far with a length of 870 meters and 3, 5 meters wide. From this footbridge, a part will be made of printed concrete (464 meters), and the rest will be constructed in wood. Besides, the walkway the work includes two bridges. The first of the bridges will have a length of 20 meters and the second of 32 meters. Also, landscaped areas will be designed, new lighting and urban furniture will be placed out along the promenade.

The coastal corridor project aims to unite the more than 22 kilometres of the coastline through pedestrian paths to allow citizens to walk and practice sports outdoors. This project, which will extend throughout the municipality, will change the face of the coast and put values on spaces that are currently isolated and cannot be enjoyed by most of the people. In this sense, this project is already offering citizens and tourists the possibility of experiencing new areas of the city that until now were inaccessible.