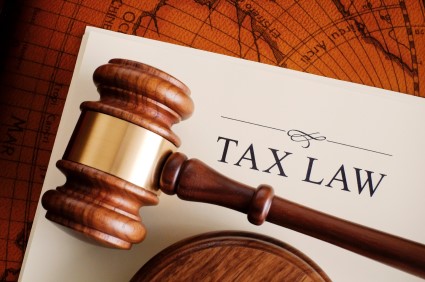 Tax in Spain is a very complicated affair, and there are potentially severe fines and penalties for anybody who fails to declare and pay the correct tax in Spain.

Given that Spain has become the most popular destinations for to relocate to anywhere in the world living in Spain, understanding the many different taxes in Spain is vital. Staying abreast of tax in Spain is made harder still by the Spanish government who is regularly changing its tax rules, and often those most affected are expats holding significant assets abroad.

It’s, therefore, important to remember that the information found in this article is only a guide, and before making any decisions or submitting any tax returns in Spain, you should seek independent advice, which you can do by entering your details using the form and we will arrange for an expert in both Spanish and UK tax to provide a free consultation.

The Spanish Tax Year
The first thing to know is that, unlike in the UK, the Spanish tax year runs from January to December.

Spanish tax treaties with the UK
In 2006 Spain signed a double tax treaty with the UK which means that you should not have to pay tax twice on the same income, and you should only pay tax in the UK or Spain.

Foreign asset reporting law in Spain
Since March 2013, if you live in Spain and own assets more than €50,000 outside of Spain you are required by law to declare those assets (up to the 31st December of the previous year) to the Spanish government by the 31st March each year (from 2014 onwards).

Failure to correctly declare any offshore assets could incur severe penalties or even a criminal charge (if the tax avoidance is more than €120,000).

The purpose of the law is to reduce the amount of tax avoidance while also maximising Spanish tax revenue, primarily from expats living in Spain.

Assets which are required to be declared include, but is not limited to:

Assets held in any bank accounts
Property
Shares
Life insurance policies
However, the assets may be able to benefit from a variety of tax-efficient vehicles which could help you reduce any unnecessary tax payments.

If you are unsure what you need to do, or you have failed to declare any assets you should seek advice from a Spanish tax expert.

You have spent more than 183 days in Spain within a single calendar year regardless of whether you are formally registered
Your primary professional activities are conducted in Spain – essentially if you are self or otherwise employed in Spain
Your main interests (eg your spouse or children who are still dependent on you) live in Spain
These rules have been simplified for illustrative purposes, so if you are unsure you should always seek advice from a Spanish tax expert.

Income tax in Spain
At the most basic level, Spanish tax residents are liable for to pay income tax on their worldwide income, once personal allowances have been taken into account.

However, a non-resident of Spain is only required to pay tax on any Spanish income (such as rental income from a Spanish property). The income tax for non-residents is charged at a fixed rate and there are no personal allowances or deductions.

It is, therefore, important to understand whether you are a tax resident in Spain or not as it will have a significant impact on the Spanish income tax you are required to pay.

Under Spanish tax rules, your income is split into two main categories: income from general activities and income from savings. The total income from each category is classed as the base, after which deductions and allowances can be made.

Spanish tax on income from savings

As previously stated, if you are a Spanish resident you will be taxed on your worldwide income from your savings, regardless where the savings are based.

Your savings income includes any income from:

Interesting from savings
Dividend payments
Income from life assurance policies
Income from annuities
Gains made from the disposal or transfer of assets
The Spanish tax rates for savings income in 2015 are as follows:

Spanish tax residents will be taxed on all worldwide income which is not included as part of the savings income. This includes income from employment (i.e. salary), pension, rent and potentially income from gambling.

The Spanish income tax is made up of two parts, a national tax and a regional tax. Typically each figure is the same. However there may be regional variations.

From 2015 the Spanish income tax rates have been reduced and are as follows:

There are also a number of other allowances including married couple allowance, child allowance (dependent on the number of children under 25 you have living with you) and disability allowance.

Due to the complexity, it is recommended that you speak to a Spanish tax expert before trying to establish your overall tax allowance to ensure that you calculate your tax correctly.

Spanish tax on UK pensions
Once you are a tax resident in Spain, you will be required to pay Spanish income on any income received from either the State or occupational pensions.

To ensure you receive your UK state pension, you will be required to notify the HMRC.

You will also be required to notify the HMRC once you are deemed a tax resident in Spain which will confirm you are paying Spanish tax on your income. To do this you need to complete a certificado de residencia fiscal NEN from your local tax office and send to the HMRC.

Until this certificate is filed, you will pay UK income tax under PAYE conditions at source. Any tax overpayments can be subsequently reclaimed from the HMRC.

Typically public pensions will continue to be taxed in the UK, regardless of your tax status in Spain, with the possible exception of an NHS pension.

With the new pension rules, if you intend to take a lump sum (tax-free or otherwise), you should be aware that this may be taxable in Spain under the Spanish Savings Income Tax and will therefore not be tax-free.

This could have a significant impact on any decisions made regarding your pension and you should seek independent financial advice as to your best course of option if you are a Spanish tax resident.

Spanish Wealth Tax
Since 2008, the Spanish government has introduced, removed and reintroduced the wealth tax which is a tax designed specifically for people who hold significant worldwide wealth, but are resident in Spain.

The tax amount is calculated against the declared worldwide assets held after a tax-free allowance of €700,000 is applied whether resident or non-resident in Spain.

For residents, there is an additional €300,000 tax allowance for primary residence in Spain.

There are exemptions from the wealth tax, and assets can be structured tax efficiently.

If you are in any doubt about what you owe, you should seek independent advice from both a Spanish tax expert and an independent financial adviser who will be able to minimise any tax liabilities while you are a resident in Spain.

With specific regards to the sale of property, there are a number of deductions and calculations which are required to understand when calculating the final gain for tax purposes.

You should always seek qualified advice from a tax adviser who has full knowledge of the Spanish tax system before submitting any tax return in Spain to avoid penalties or fines.